Immunicom: A Single Immunotherapy Solution to Potentially Treat all Solid-Tumor Cancers Without Compromises

Amir Jafri, CEO Therapeutic procedures being developed for chronic illnesses such as cancer, despite proving to be effective, remains inaccessible to the average patient due to the financial overheads involved in the treatment. Even with good insurance programs, these procedures could cost a fortune to the majority of the population. Amir Jafri—a veteran in the healthcare technological domain—noticed this financial inaccessibility, and along with his wife, decided to make therapeutic procedures more accessible through innovative technologies. The husband-and-wife duo have spent over 30 years in the healthcare sector helping patients, understanding what causes these diseases and why the body's immune system cannot fight the relevant conditions. Based in San Diego California, Immunicom was founded in 2013 with this intent. The company has now expanded its operations to Houston, Philadelphia, and Poland.

"In our research, we found that a large group of proteins— more specifically, cytokines—which traditionally regulate the immune system are also used by the disease-causing agents to defend against the immune system. Manipulating these cytokines within the body using pharmaceuticals is exceedingly difficult and dangerous, and in many cases, leads to fatal side effects," adds Jafri, CEO of Immunicom. "We know that such diseases are using cytokines to fight against the immune system. But the problem is figuring out how to stop them from doing so." Jafri and company have discovered a solution that can possibly manipulate cytokines safely and efficiently, without inducing traditional side effects. Today, this concept has transcended healthcare barriers, showcasing the promising potential of treating a wide range of diseases from cancer to cardiovascular conditions, autoimmune diseases, renal ailments, and even COVID-19.

Immunicom’s solution is intended to allow patients to fight cancer naturally without introducing anything new into the patient's body. The company designs capture molecules intended to bind and neutralize specific disease causing cytokines. But rather than devising a pharmaceutical product to achieve the same, Immunicom has found a workaround through biochemistry to potentially stabilize the captured molecule in a blood filtering column that attaches to any plasma and blood filtering machine. The process is very similar to traditional dialysis.

Immunicom’s first product, LW-02, is designed to target the removal of specific cytokines. In scientific terms, a patient's immune system releases a protein, TNF (Tumor Necrosis Factor), which is tasked to attack and destroy cancerous cells.
Cancer cells counterattack this phenomenon by the secretion of sTNFR (soluble TNF Receptors) that shield the tumor from TNF protein. The cancer shielding sTNFR then binds with TNF, nullifying its tumor-fighting abilities and allowing for tumor cells' subsequent growth. Combating this eventuality, Immunicom leverages the industry-standard Apheresis system to send the patient's blood through a separation system that breaks apart its plasma component, which then flows through the company's ImmunopheresisTM column to potentially capture and filter the sTNFR. The column contains Immunicom's first proprietary capture molecule, engineered to trap sTNFR, while the purified plasma flows out of the column, re-combined and returned to the bloodstream of the patient. This entire process is meticulously designed to ensure that only sTNFR is removed from the bloodstream while other vital components remain undisturbed in the treatment course. Upon completion, cancer-shielding cytokines are reduced significantly within the patient; the TNF proteins can then directly combat cancer cells naturally.

The therapeutic procedure has the potential to treat all solid tumors while offering the capability to be used alongside other cancer treatments. It is designed to neither harm healthy cells nor hinder the patient's quality of life. Since the procedure occurs outside of the body and does not involve any pharmaceutical products going into the patient's body, it falls in the subtractive treatment category. This indicates that the procedure does not create any chemical change to the blood of the patient. "Owing to our unique approach, the therapy is classified as a medical device by both European regulatory bodies and the FDA. Medical devices have a more efficient path to approval, devoid of any complex manipulations to the biology of the patient," adds Jafri. In addition to the streamlined approval times, the clinical trials are much more efficient than the pharmaceutical space, possibly decreasing time to market intervals.

A Platform with Diversified Applicability

Immunopheresis, as a platform, has enabled the company to develop a multitude of products, one of which is the LW-02. The LW-02 column has achieved FDA Breakthrough Device Designation and has received European Regulatory approval for use in adults with advanced, refractory, triple negative breast cancer, which is known to have limited treatment options. Designed to address different types of solid tumors, LW-02 is going through multiple trials for various cancers across Europe. In Israel, clinical trials are underway for melanoma and renal cancer; In Istanbul, the same is being applied to lung cancer.

In early 2021, Immunicom is expanding its clinical trials to the United States. These trials are shorter than pharmaceutical ones, owing to the medical device classification of the therapy.
Immunicom also boasts two other products on the verge of entering the early clinical studies that are designed to address inflammatory diseases, autoimmune diseases, and cardiovascular ailments. The therapy could potentially extend the lives of patients on the death bed and serve as a cure, alongside traditional therapeutic procedures.

"The therapy is classified as a medical device by both European regulatory bodies and the FDA. Medical devices have a more efficient and shorter path to approval, devoid of any complex manipulations to the biology of the patient"

Interestingly, the science behind Immunopheresis shows applicability toward the possible treatment of COVID-19. Quite a few studies have demonstrated certain types of cytokines and autoantibodies are causing death among COVID-19 patients. Though Immunicom's therapy is crafted toward cancer and other chronic illnesses, the possibility of applying to the pandemic treatment is undoubtedly noteworthy.

The Manifestation of Experience and Expertise

Immunicom prides its 200 years' worth of collective experience in the healthcare industry, which is a pivotal factor in understanding the causality of diseases and their plausible treatments. The CEO insists that the leadership team handpicks experts to join them, preferably identifying individuals who excel on the technological side of the spectrum and working both in the startup arena as well as global companies. Jafri sheds light on one of the key qualities needed for every startup in order to be successful in the long run. "All of our key executives and board members understand what it means to have just ten employees and only a million dollars in the bank while tasked with the challenge of taking the necessary steps to build the company, such that it can eventually grow into a multi-billion-dollar organization for an IPO or provision a suitable acquisition," he adds. "All of us have headed Fortune 20 and Fortunes 50 companies with global divisions and product portfolios, and effectively, understand what it takes to grow the business in the right direction. This isn't our first rodeo; we have done it several times."

The genesis of Immunicom itself stemmed from Jafri's work in an incubator where he befriended a scientist and researched extensively on the concept of Immunopheresis therapy. Both the visionaries laid the foundation to what Immunicom is today. Unfortunately, the scientist passed away, and Jafri, along with his exceptional team, took it upon himself to further develop these ideas. "When we started Immunicom, it wasn't just to create another cancer therapy but to create something humane, affordable, and approachable.” Today, the company and its therapy stands to eradicate or decrease the concentration of deadly diseases. It intends to offer a safe and efficient avenue to control cytokines and other disease causing factors and potentially fasten the recovery of patients. In the next 12-18 months down the line, Immunicom plans to release a slew of products that would enter the preclinical phases of validation without necessarily restricting themselves to cancerous diseases.

Description
Immunicom is developing a non-drug-based cancer therapy with the potential to reduce treatment side effects, enhance therapy response rates and improve cancer patients’ quality of life – all at significantly lower costs and without the side effects and complications prevalent in existing immunotherapy approaches. Immunicom's cancer therapy has the potential to allow the body’s natural immune system to directly attack the cancer while enhancing the effects of other cancer treatments which may be used concurrently 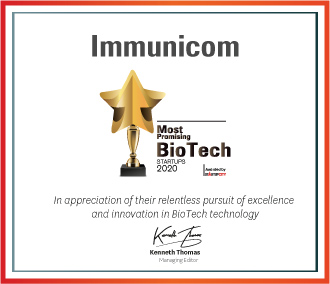 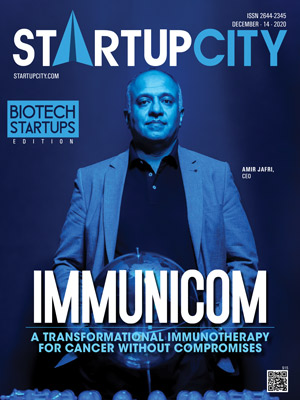 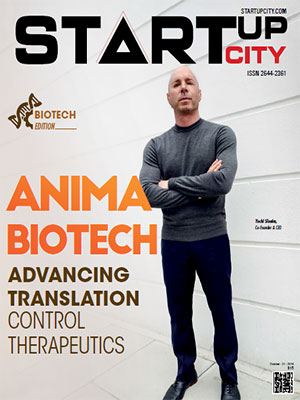 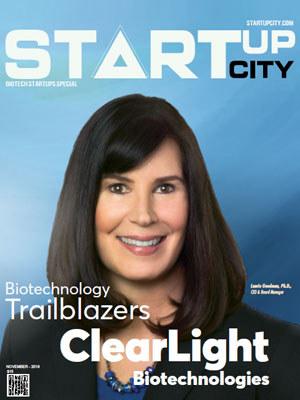