How to Read Your VC Pitch Meeting 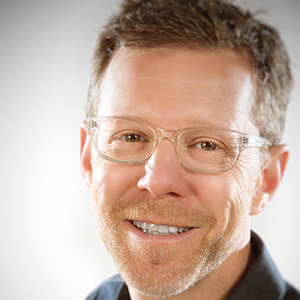 I’ve come to realize that many – most – entrepreneurs suck at reading pitch meetings. Frequently what I hear from a company CEO is completely uncorrelated to what I hear from the VC they were pitching. In thinking about why this is, the answer is actually relatively straightforward:

VCs are predisposed to give good meetings. AND By being equivocal at the end of a meeting they preserve maximum option value.

Parsing this a bit further, VCs take a lot of meetings. And they do so with varied motivations. Sometimes they’re legitimately interested in a market space or even a specific business. Sometimes another VC or entrepreneur asks them to take a meeting and they’re trying to preserve a relationship. Sometimes they weren’t paying close enough attention to your email and said yes when they meant to say no. There are lots of varying reasons why you might find yourself in front of a venture capitalist making your pitch. And the quality of those pitches varies a lot. Even among relatively experienced entrepreneurs, their ability to convey their business idea varies widely. But all of that said, once you’re in a room with a VC they generally want you to have a good experience. Part of their business, in fact, is to make sure you have a good experience pitching them. Historically this wasn’t the case, but with the fluidity of information that gets passed around among entrepreneurs and the general accessibility of VCs these days most venture capitalists will try their best to make sure that your experience pitching to them is positive. This isn’t a bad thing. But it does lead entrepreneurs into the trap of incorrectly reading a good meeting. Good meetings sometimes just mean that the VC you were pitching to was doing their job.

Ok – so you’ve had a good meeting experience. Now what? Most VCs are not particularly adept at reacting to your idea in real time. Sure, they’ll give you some relatively generic feedback. And if there’s some glaring mismatch between their investment profile and your business they’ll tell you. But for the most part you won’t get a lot of specifics out of them. This is less calculating than it sounds – they often just need to think about what you just presented a bit more and by being equivocal they preserve as much option value as possible. To some extent this is changing as the next generation of venture capitalists are more direct, open and reactive to what they’re hearing in meetings (we certainly try to be at Foundry). But for the most part, left to their own devices, the VC you’ve just pitched will try to get out of your meeting without tipping off their hand too much.

The result of these two factors tends to be good meetings where you leave feeling positive, that the person you met with was “really engaged” (a term I hear a lot from entrepreneurs post meetings), but with undefined next steps and no real understanding of where you stand.

This is a mistake that you shouldn’t make.

The solution here is actually quite simple but you need to be willing to be direct. It starts with being a good time manager of your meeting – if you run out of time you won’t be able to do this. Make sure you hit pause 5 minutes before the meeting is due to end to give yourself time to wrap up. Then be blunt: “What did you think?” (I probably hear this in only about 5% of meetings). The right follow up question should then be about what additional information you can provide to the VC you were meeting with. It’s ok to ask what next steps are but most of the time you’ll get a nebulous answer; by coming up with additional information you can provide you create another touch point that you control while at the same time honing in on areas of your pitch that they either didn’t understand or want to dig further into. The combination of these two questions should give you a better idea of where things stand. A few potential things you’ll hear and their general meaning below:

“Let me noodle on this a bit and get back to you” – means “I’m going to say no, but don’t want to do it in person”

“Let me introduce you to [person] at another portfolio company to get their take” means – “I’m trending no, but want to be sure I’m not missing something first”

“I’d like to understand more about [insert thing to hear more about]” means – “I have some interest but also some questions. I’m willing to put in at least some more work”

Hopefully this is a helpful guide to getting the most out of your pitches and leaving with a realistic view of where you stand. It’s critical in the fundraising process to be spending time with those people who are legitimately interested in your idea and to be realistic about what your actual funding pipeline looks like.

BWS: Paving the Way for IoT in Africa

Odyssey Validation Compliance: A Go-to Partner to Accelerate Compliance in the Cloud

Smart Innovation in a Time of Turmoil

How to Read Your VC Pitch Meeting

The promise of alternative protein in Asia

Clinical Research Ventures: a new model for global investment in...

Getting clinical trials back on track in Taiwan